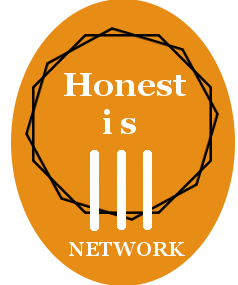 Note that honestis.network is a new project that is not affiliated with the previous website and its operators.

Bitcoin as a Main Currency

Do you sometimes envision bitcoin as an official currency in states across the world? Well, it is feasible. El Salvador has done it. Bitcoin, a decentralized digital currency that was officially introduced in January 2009, has practically everyone’s attention at this point.

Bitcoin, in a little over a decade, has taken the world on a rollercoaster ride. We have all witnessed this currency’s highs and lows which have made some and broken some. Despite its unrivaled volatility, some people think of it as a good investment; a country even considered it is good enough to be made a legal tender.

Bitcoin, created by a pseudonym person or group of persons known as Satoshi Nakamoto, is a decentralized digital asset used as a medium of exchange and is secured using cryptography. Bitcoin, an alternative to fiat currency, cuts down on a lot of restrictions associated with traditional currencies.

Bitcoin as an official currency

Do you think it is a wild idea to have bitcoin as an official legal tender? Maybe, but the world keeps evolving thanks to wild ideas. The country El Salvador, on September 7, made Bitcoin a legal tender to be used side by side with its fiat currency, the US dollars.

Why Bitcoin May Stand as an Official Currency

Do you think bitcoin can serve as an official currency someday? At this point, it’s a matter of probability. Some of the characteristics bitcoin possesses that makes it considerable as a good currency include

Challenges of Adopting Bitcoin as a Main Currency

One major argument is that bitcoin does not have any backing. While this can be seen as an advantage sometimes, it is like a double-edged sword because this digital currency has no inherent value like gold, and it does not have the backing of the government, like fiat currency. So, where does the value of Bitcoin come from? From its users, the nodes operating on the network. At some point, this may not suffice anymore.

Also, its volatility is another problem. The price of bitcoin can change drastically in a matter of minutes. It could dip suddenly, resulting in a loss, or it could increase.

The future of bitcoin is uncertain because, despite the support it gets, there are still factors that could lead to its collapse. These factors include the fact that bitcoin is only restricted to transactions, the labor that goes into mining, and that its decentralization and anonymity features make it perfect for fraudulent activities.

NFTs are tools of representation. It allows owners of unique items to tokenize these items for safety and ease of trade.

How to Buy NFTS

Every digital item qualifies to be bought and sold as an NFT. However, some factors need to be considered before purchasing one. These factors include a good platform to trade on, the cryptocurrency needed for the purchase, and the appropriate digital wallet needed to store it.

Popular platforms to purchase NFTs include OpenSea, SuperRare, and Rarible. There are also other marketplaces to purchase specific kinds of NFTs such as Sorare for sports.

When it comes to fees, it is important to note fees arise from “gas” which is what fuels the interaction with the blockhain. Also, NFTs are usually purchased with ethereum; some can be purchased with ERC-20 tokens. This is because most NFTs are run on the ethereum blockchain.

Usually, when you buy NFTs, you are conferred rights of ownership alone, without the copyright.

How to Sell NFTs

Easy. NFTs can be sold on trading platforms, all you have to do is follow the instructions on the platform of your choice because it varies depending on the platform. It should involve you uploading your asset, adding a description, and how much it cost.

Why should you buy an NFT? For the same reason, people purchase items at auctions. These items are unique. As a result of that, they can very much be worth millions.